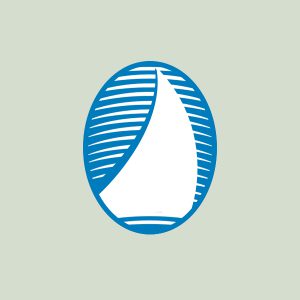 With parents, an aunt and a grandmother who lived to ages 90, 101, 104 and 106, Dr. Samuel Coppage always assumed he was destined for longevity.

But, a short illness in 2014 ended the Old Dominion University professor’s life at the young age of 65. Thanks to his thoughtful charitable bequest to the Hampton Roads Community Foundation, Sam Coppage will live forever by helping others through the designated funds he created to benefit organizations near to his heart – two institutions of higher education and two family churches.

Sam Coppage was an information technology professor who spent much of his life and career in Norfolk. As an only child he was the center of life for Dr. Samuel F. Coppage Sr., a Norfolk dentist and civil rights leader, and Constance Jordan Coppage, an art teacher. At age 15 Coppage accompanied his dad to Washington for Martin Luther King’s “I Have a Dream” speech.

Coppage skipped a few grades in high school in Norfolk and attended boarding school in Massachusetts with President George W. Bush. He earned a mathematics degree from Virginia State University and master’s and doctoral degrees from New York University. He loved living in New York City where he worked for Bell Labs and as a consultant. But in 1983 with his father deceased he joined the ODU faculty and moved into his childhood Norfolk home to help care for his aging grandmother, mother and aunt. Coppage spent the rest of his career at ODU.

“Sam was a big personality and was brilliant,” says Lorraine Connaughton of Norfolk Southern Corp., who taught with Coppage at ODU. “He had fun learning new things and was ageless.”

In his 50s he mastered Portuguese so he could speak fluently on trips to Salvador, Brazil – his favorite place to visit for its music, dance, art and Afro-Brazil heritage.

As a professor, Coppage was proud and supportive of his students. He was “upbeat and always thinking about everyone else,” says Dr. David Simmonds, an information technology professor at Miami University. Coppage advised Simmonds when he was an ODU doctoral student. “He was democratic and made sure all the graduate students had enough courses to teach,” Simmonds recalls. Dr. Bruce Rubin, Coppage’s ODU business college colleague, calls Sam “the conscience of the college on issues about curriculum.”

Beyond the classroom Coppage worked to improve Hampton Roads. “He liked to be involved,” says Ann Schwarz-Miller, his ODU colleague. She describes her friend as “eclectic” and someone who “knew a lot about a lot of different things.”

Coppage was a commissioner of the Norfolk International Airport Authority and served on boards for NATOFest, the Norfolk Sister City Association, Feldman Chamber Music Society and Tidewater Community College. In 2009 TCC honored Coppage with the Martin Luther King Jr. Community Service Award. He was among the first lifetime members of the youth branch of the NAACP.

“Sam thought he would live forever and saved his money,” says Schwarz-Miller. The generous gift he left through his will to his community foundation will forever help others in his name as well as the names of his parents and his aunt.