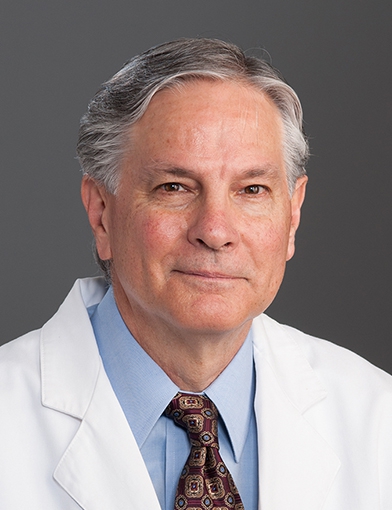 Working in a baseball dugout at Wake Forest University, Michael Coates, M.D., combines two of his passions – medicine and baseball. For 17 years the former Virginia Tech baseball pitcher has been team physician for the Wake Forest baseball team. His goal is to keep all Demon Deacon baseball players healthy as they play more than 55 games a season.

Coates, a professor emeritus at Wake Forest School of Medicine in Winston-Salem, grew up in Norfolk, Virginia and attended medical school with help from a Florence L. Smith Scholarship administered by the Hampton Roads Community Foundation.

Coates was only 10 years old when his father passed away leaving his mother to raise him and three younger siblings. He delivered newspapers and worked for an electrical contractor to help family finances while never losing sight that becoming a physician was his “vision for the future.”

The scholarship Coates received to attend the Medical College of Virginia “allowed me not to scrape as much or take out more loans,” he says. Knowing his scholarship came from a donor from his hometown made it even more meaningful.

Earlier scholarships helped Coates attend Norfolk Catholic High School where he was a baseball pitcher. At Tech, where he played baseball for three years he was class vice president and led various student groups. He also worked in a biology lab and for an electrical contractor to help pay his bills. He graduated in 1970 with a biology degree and promptly enlisted in the Navy Reserves just before enrolling in medical school.

Coates chose family medicine as his specialty to treat patients across the entire age spectrum. “The most enjoyable part for me is the people – treating families you care for over the years,” he explains.

After graduating in 1974 from medical school, Coates completed a family medicine residency in Charleston. He spent two years there on active duty treating 2,500 people at a Navy clinic and served in the Navy Reserves for 30 years. For 19 years he headed the obstetrical service for families at the University of --Virginia School of Medicine in Charlottesville. While there he earned a master’s degree in epidemiology from UVA.

Coates and his family moved to Winston-Salem in 1998 when he became chair of the Wake Forest School of Medicine’s Department of Family and Community Medicine. The position let him work with students and residents, oversee research and treat all ages of patients.

Although he retired in 2018, he continues to teach and sees patients one day a week as professor emeritus. Coates loves the “opportunity to work with medical students and residents in training, and have some impact on their direction.”

In 2018, Coates, the father of three and grandfather of five, reconnected with the community foundation and made his first donation to the Florence L. Smith Medical Scholarship Fund. Over the years the endowed scholarship has helped more than 750 physicians go to medical school and currently assists 15 students at three Virginia medical schools.