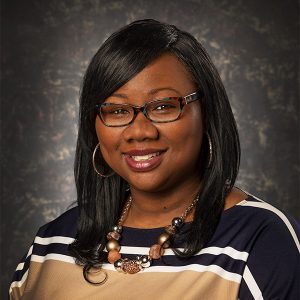 For decades, William E. Wood’s name was emblazoned on red and white for-sale signs staked in yards from Williamsburg to Elizabeth City.

“He was the driving force. She was the heart of the company,” says Dick Thurmond of Virginia Beach, a long-time colleague and former president of their company. “They both were the brains.”

The company they founded in 1972 in Virginia Beach grew to be a giant among will be remembered forever.

Hampton Roads residential real estate firms. It merged in 2014 into Howard Hanna Real Estate Services. Both the Woods have passed away – William in 1991 and Anne in 2011.

Thanks to a 2018 conversion of the private William E. Wood & Associates Foundation, the couple will forever be remembered through two endowed funds that bear their names at the Hampton Roads Community Foundation.

The new funds mirror the couple’s charitable interests. One will give annual support for scholarships at four area public colleges and universities. The other will provide annual grants to seven area nonprofit shelters that help people in need.

The Wood Foundation’s donation of $491,720 to start the two funds “was the right thing to do at the right time,” says Dick Thurmond, a Wood Foundation board member and Virginia and North Carolina board chair for Howard Hanna. The goal was to ensure the Woods’ names and generosity would never be forgotten.

“I have long had a very positive feeling about the community foundation and its philanthropy and leadership,” he says.

William and Anne started their business when he was 56 and she was 53. He was a Virginia Beach cattle farmer working family land when he got the idea that land could be more valuable with houses on it. Anne, who grew up in Surry County, worked for another real estate firm before partnering with her husband to sell homes.

Their company grew from a single office in Virginia Beach in 1972 to 17 offices with 700 employees and associates, including the Woods’ son Breck who passed away in 2006. Along the way the company developed more than 5,000 homes in Hampton Roads and expanded into the title and mortgage insurance businesses.

William was outgoing and diligent.

He liked to show up at company offices on Saturdays wearing his trademark suit and bowtie to ensure managers were on duty. He was thrifty – bringing his lunch to work and hammering for-sale signs in yards rather than paying someone to do the job.

Anne was friendly and looked after people “like they were her children,” Thurmond says. She was a good listener, “and you could talk to her about anything. You could trust her to be your sounding board.”

Both Woods cared about the community and strengthened it. Building charity houses and running benefit golf tournaments helped the Wood company raise money for good causes recalls Joe Carney of Newport News. He worked for the company nearly 30 years, ran its golf tournament and was president of the William E. Wood Foundation.

Kim Georges, treasurer of the Wood Foundation and managing broker of the Howard Hanna Norfolk office, believes transferring assets creates “a legacy for the Woods to give back to the community that was so good to them.”

Learn how to start an endowed fund at the community foundation.