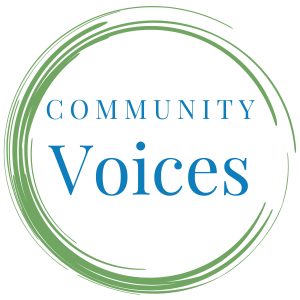 Community Voices is a series by the Hampton Roads Community Foundation that features culturally diverse people of Hampton Roads sharing their experiences and reflections on life in the region, philanthropy as well as diversity, equity, and inclusion.

My story began in Upstate New York, where I was born to an interracial couple: my father, John, a member of the Seneca Nation of Indians, and my mother, Ann, a White woman of English-Irish heritage from a farm in the Catskills. After they split when I was 2, my mom married a White man in the Air Force, who moved us to a culturally diverse military base near Syracuse.

As a kid, I knew little about my Indigenous roots, so I wanted to explore my full identity as I got older.

The void in knowledge and connections with Native heritage went back at least two generations in our family. For example, my father’s mother – my grandmother Helen – did not talk much about her Seneca culture and traditions, although she sometimes took us to dinner or shopping on a nearby reservation. I later realized that her reluctance derived from her forced assimilation as a child at the Thomas Asylum of Orphan and Destitute Indian Children in western New York. From research, I learned that children taken from reservations and coerced into Indian boarding schools often became disconnected from their families and tribes. People who experience these traumas develop protective mechanisms of not talking about them or not passing forward their heritage.

Over the years, I often sensed that my mixed ethnicity was not quite accepted by society. Frequent questions and comments included: “Wow! You are so tan!” and “Where are your ancestors REALLY from?” and “If you’re a Native American, how come you don’t dress like one?”

I came to realize that the broader society can impose definitions on one’s life, based on stereotypes and misconceptions. My journey has included learning to stand up to say, “This is how I identify” instead of sitting back to allow society to tell me who I am. My husband and I try to help our two children – Mya, 15, and Kayla, 12 – grapple with similar concerns, which are compounded because our combined heritage includes Black, White, and Native.

My husband, Julius, is Black and one-quarter Seminole. We research and talk about all sides of our family as well as the history of Native peoples, including horrific events. Our children need to know the entire story and to understand what our ancestors had to do to survive. We can draw compassion and strength from them.

We do fun cultural things, too. In August, my kids loved going to the Nansemond Indian Nation’s annual powwow in Suffolk. Learning about and sharing Native American heritage with our children also pays homage to the lives and sacrifices of our ancestors. We must never forget.

As I lean into my Native identity, I recognize opportunities for growth. Much of the diversity, equity, and inclusion work I do through the YMCA isn’t part of my job description, but I am extremely passionate about enabling space for other people to be fully seen and valued.

In 2018, I attended the YMCA’s regional multicultural conference, and my eyes were opened to the intentionality of our work with diversity, equity, and inclusion, not just among staff but also in the community.

Since then, I became a founding member of the Y’s nationwide employee resource group for Native American and Indigenous staff.

However, at our first meeting, I worried that I’d be perceived as not Native enough. As people introduced themselves via Zoom, they gave their names in their Native languages followed by English, and told about their reservations and tribes. I wondered if I belonged. Then it was my turn. I talked about my grandmother being forced to live at a boarding school, where she was not allowed to practice her culture. Next, someone shared being raised in a White family. I saw each story was valid, but that together we also comprised a spectrum of experiences to draw upon.

We should see our communities and workplaces like that, too. The result can strengthen our bonds for the common good.

Nicole Bolding is District Executive Director at the Mount Trashmore Family YMCA and Salem Family YMCA. Nicole, who grew up in New York, continues to tap into her passion for diversity, equity, and inclusion. In addition to her official responsibilities, Nicole has taken on roles as the association chair for the Women’s Leadership Resource Network, National Vice Chair for the Native American/ Indigenous Resource Network, and a planning committee member for a regional multicultural staff experience. Nicole is a certified trainer in the YMCA professional development courses Living Our Cause, Cultural Lenses, and Dimensions of Diversity.

Affordable Housing and the Region's Future