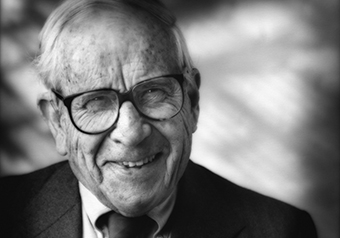 Love of the Shore Leads to Affiliate

A challenge grant from Charles F. Burroughs' fund led to a new community foundation on the Eastern Shore of Virginia.

The community foundation has incubated, collaborated and partnered with organizations over the years. In each case, we put our full weight – board and staff guidance, as well as finances – to tackle issues of great promise.

We often partner with other organizations when working on initiatives and serve as a convener as well as a collaborator and funder.

The community foundation founded the academy in partnership with Tidewater Community College in 2005 and remains its primary funder. The goal: to provide ongoing education for Hampton Roads nonprofit staff and board members. In a given month, course topics range from audits and branding to fundraising and websites. More than 120 people have earned a Certificate in Nonprofit Management through the academy.

The Business Consortium has awarded more than $19.2 million in key support to the region's arts and cultural organizations since the Community Foundation helped start it in 1987. We're pleased to remain a major sponsor (and to offer it office space).

Its origins are classic for a community foundation. In 1985, the family of the late Norfolk newspaper publisher Paul S. Huber established in his name a fund for the arts. His fund and others continue to support the Consortium.

Minus 9 to 5, an initiative incubated at the Hampton Roads Community Foundation for several years focuses on improving life for South Hampton Roads’ youngest residents. In 2018 it became part of Eastern Virginia Medical School's M. Foscue Brock Institute for Community and Global Health.

Based on thorough studies we commissioned in 2015, this collective impact initiative:

In 2004, a $2 million challenge grant from our Argyle Fund helped establish this community foundation to serve the Northampton and Accomac counties of Virginia. Our affiliate now has more than 30 permanent charitable funds improving life on the Eastern Shore.

The Argyle Fund's donor, the late Charles F. Burroughs, Jr. of Norfolk, had a special place in his heart for the Eastern Shore where he enjoyed many leisurely weekends. Before his death in 2007 at age 94, Burroughs knew his generosity had motivated many others to support a new foundation in two of Virginia's poorest and most rural counties.

In 2016, the Hampton Roads Community Foundation joined the Peninsula and Southeast Virginia community foundations in supporting the annual 24-hour Give Local 757 fundraising marathon held each May. Give Local 757 has a three-fold purpose:

The Community Foundation incubated Reinvent Hampton Roads from its beginnings in 2012 until it spun off as a separate organization in January, 2016. With our continued support, the organization's key focus is the region's renewed and robust economic competitiveness.